I have Rosa Marathon 2012 installed, and after this I tried Ubuntu 12.04 LTS. The latter installs its own version of Grub. I strongly dislike Grub 2 because of its unwieldiness and want to reinstall Rosa's bootloader. So I put the DVD in the computer and started System Rescue like I used to do with Mandriva installations. The rescue program is totally incomprhensible to me and I could not find the option that changes the bootloader back to Rosa's, although I tried several of them. It was so very easy in Mandriva and now in Mageia. Could Rosa go back to the easy rescue system of Mandriva/Mageia, or alternatively add a help that explains the incomprehensible options?

You should have the previous ROSA bootloader settings (menu.lst) in /boot/grub.
I don't know if in Ubuntu 12.04 there's still present an option of reverting back to GRUB 0.9*, please check it. If positive - revert Ubuntu to GRUB 0.9* ( https://help.ubuntu.com/community/Grub2 ... RUB_Legacy ) and copy-paste ROSA entries from ROSA's GRUB config. If not -- do it from 10.04 Live Ubuntu or any other Live Linux.
Вернуться к началу

thank you for your speedy reply.

Since you refer me to Ubuntu's restore bootloader, I conclude that Rosa's new rescue system on the Rosa DVD has discarded the old Mandriva option to restore the bootloader.

This prevents me from using Rosa on the computers that I maintain for a few friends of mine. These computers are all dual booting, Windows as the subisidiary system, and Mandriva 2010.2 or Mageia 2 as the main, production systems. Mandriva is obsolete, alas, and Mageia comes out with a new version every one and a half year. Windows needs to be reinstalled about every year to remove malware or to counteract its slowing down. Whenever I reinstall Windows, I lose access to the main OS. But it is easy to reinstall the bootloader With Mandriva's or Mageia's installation DVD. Now I am considering to lessen the time spent on these computers by installing an OS with LTS. I experimented with Rosa and Ubuntu on a separate computer and found the problem that I cannot reinstall Rosa's bootloader, if I choose Rosa as my main OS on a dual booting computer with Windows or Ubuntu as the subsidiary system. Ubuntu grabs the bootloader at each and every kernel upgrade, and Windows simply erases it.

So thank you for helping me choose the main operating system with long term support on a dual booting computer. It turns out that Rosa is out, and only Ubuntu remains for now. It is a pity that it uses GRUB 2, but as you taught me, I can replace it any time I want by GRUB 1 after a reinstallation of Windows.

ejvwaasdijk
Actually there IS a rescue option on the installation iso, but it's a little bit messy. If you're sure you can cope with it, you may try. 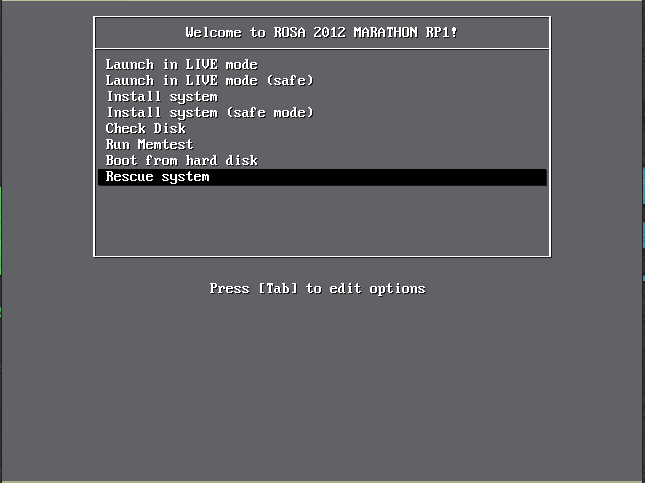 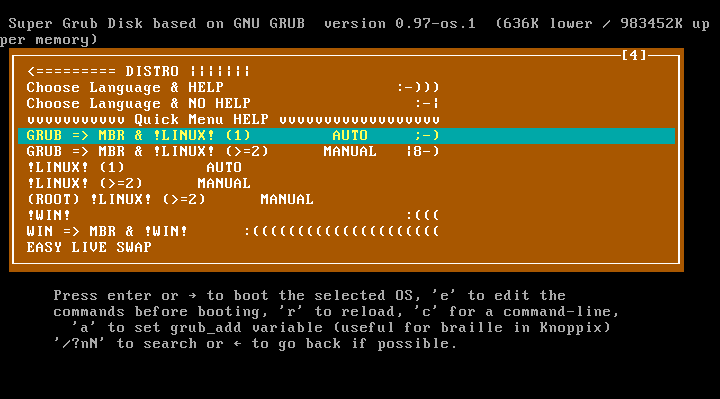 I tried this option, and all other options. It seems that a file called "stage1" or something like it does not exist. Supergrub disk does not write to the HDD; at least during my experiments it never did. I cannot understand why a perfectly working system rescue by Mandriva has been replaced by this useless supergrub disk legacy. It is apparent that nobody tested it.

As I said, Rosa will be out for the dualbooting computers that I maintain. I regret this, because I prefer Mandriva/Mageia like systems to Ubuntu like ones.

The simplest way to restore ROSA bootloader from Ubuntu itself is to use chroot. Something like this:

Thanks for the info.
I belive we should look better at rescue option. Defenitely a 1 more thing to the 2012 Desktop todo list.
Вернуться к началу

for your reaction. This solves the problem on my experimental computer. The next step is to get into Rosa after an installation of Windows that removes all bootloaders except its own.

I hope you will restore Mandriva's system rescue, or give something else that is tested and does actually work. What rosa put on the DVD is an old version of supergrubdisk that presupposes a floppy disk with files "stage1" and "stage2"

I know this is an old thread, but I wanted to try the Rescue System on my ROSA 2012 Marathon EE 64 bit disc to see what you are all referring to.

I have two hard drives on my desktop. The first has two windows (XP Pro Nlite and 8 Devel Preview) and second hard drive has two Linux distros, the first is ROSA with its grub installed on the first hard drive of the Master Boot Record.

I tested the Rescue System and chose the Grub => MBR & !Linux (1) auto ; - ) but it hangs on "Running embed boot /grub/e2fs_stage1_5
it never finishes. So, in case if anyone else wants to try and reinstall grub, this is what I do. I find it fairly simple to do, only because I have had lots of practice reinstalling the grub menu.

(I have two. hd1,4 is where Rosa is installed with boot loader installed on hd0 to MBR of Windows. Second one, hd1,8, is another Linux distro where during installation I allowed grub to install to that distro's root partition, not the MBR. This way I can easily boot into ROSA, go to file manager, mount that distro's root partition, look at its /boot/grub/menu.lst (unmount said partition after I am finished with it) and add its entry to my ROSA menu.lst so it will appear in ROSA's boot menu. Back to reinstall grub for ROSA...)

Disc does not eject. Upon booting up disc, select, 'boot from hard drive', and you will be brought back to your reinstalled boot grub menu, and after starting up your selected operating system you can eject the disc.


Any other suggestions are more than welcome.

(Oops, I used "Place inline" for each image but they showed twice for some reason, so instead I placed them at bottom of text. ) 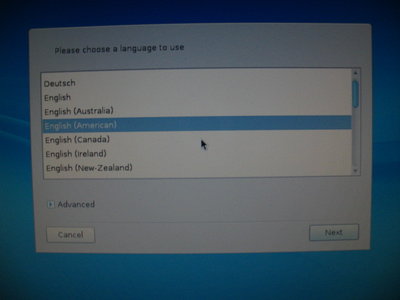 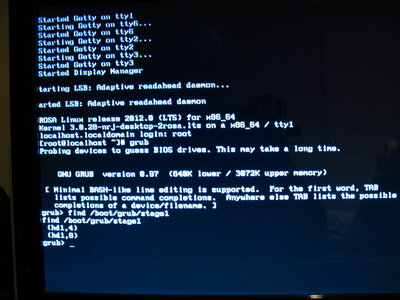 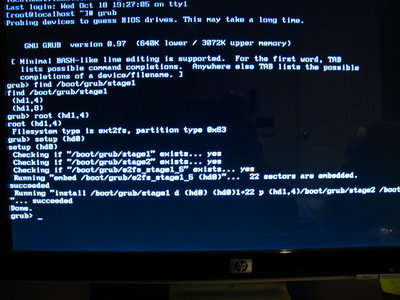 Today I had success with Rescue System in Rosa DVD install disc, even after it showed
"Running embed /boot/grub/e2fs_stage1_5 (hd0)..."
where it never continues after this point.
I had to hard restart computer, but I got my Rosa simple graphical boot menu back.
Lisa
Вернуться к началу

lisa
Can you specify which ISO exactly you were using?
Вернуться к началу

(edited as I meant to write, non-free)

I had to hard restart computer, but I got my Rosa simple graphical boot menu back????
logo maker
Вернуться к началу
Ответить
13 сообщений • Страница 1 из 1